March 14th on Lake Wahtopanah marked the day of our 13th annual Northern Pike derby.  With typical fashion we were presented with a slightly chilly day with winds in the afternoon.  With the smell of $3200 in prize money to be had…participants came from far and wide and battled the elements.  We had 215 adults registered along with 34 kids.  38 Northern Pike were recorded.  Largest fish was 79.8cm and smallest was 46.0cm.  Take home for the 50/50 draw was $290.  Other draws consisted of a framed Dueling Tigers trout print from the Fisheries Enhancement stamp and 3 spirit draws.   I can never say this enough and apologize for saying it over and over;  The Rivers and Area Game and Fish cannot thank you the participants, sponsors, and volunteers enough. 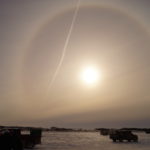 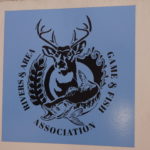 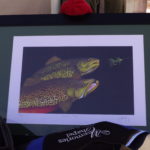 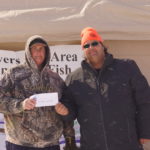 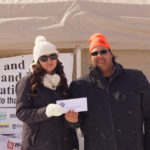 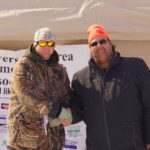 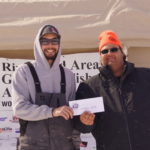 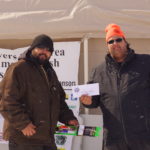 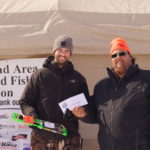 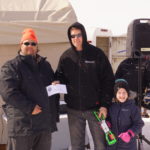 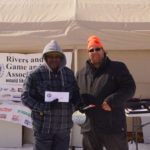 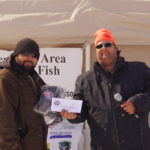 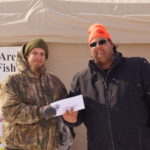 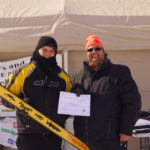 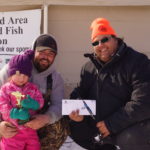 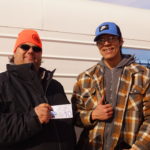 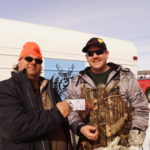 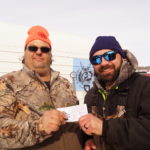 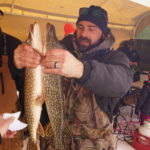 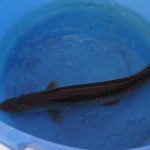 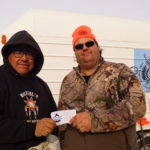 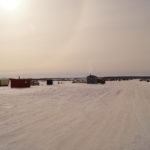 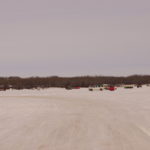 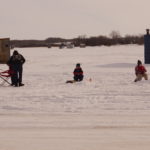 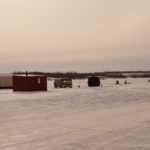 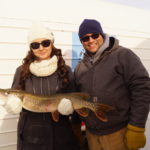 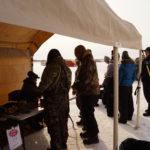 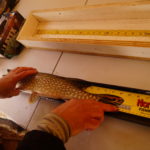 Lake Wahtopanah hosted the 12th annual ice derby March 9th.  There were 48 youths and 227 adults registered.  Wind was a little chilly but with the sun out it made for a nice balanced day.  Every year it seems mother nature throws something at us.  This year with the frigid temperatures and abundance of snow, it made for some deep drilling and rough travels.  There were a total of 34 fish caught this year.  Largest fish was 85cm and smallest registered was 41.8cm.  This year the club changed from giving out rod combos to a 6 pack random jig goodie bag.  I take no responsibility for any names that may be spelt wrong.  In the event of a tie in measurements placement goes by who measures in first.  Our derbies have been getting better and better.  This is only achievable by the continued participation of anglers and sponsors of the event.

It was a beautiful day for a derby on Lake Wahtopanah (River’s Reservoir). Mother Nature kept the temperatures on the warmer side, some sun would have been nice.  The morning consisted of an overcast day with very little wind.  In the afternoon wind started picking up bringing in colder temps, but by then the derby was over and people could warm up.

A combined total of 328 participants braved the snow covered lake in search of that elusive Northern Pike.   Out of those we had 241 adults and a WHOPPING 87 youth.  33 fish were registered. Smaller than average number of fish caught.  That is why it is called fishing and not catching.  It seems that fish were being caught all over the lake and not one particular “Hot Spot”.  Three of the prize money fish were caught by some of our derby sponsors.  Kudos to them for helping sponsor the derby then to win some prize money back.  Again this year we gave out $3200 for the top 10 lengths.  There were other various prizes which included a beautiful framed Northern Pike, 50/50, and perfume draws.

I apologize if any names are spelt wrong.  I am at the liberty of copying other people’s writing.  In the event of a tied length the person who measures first gets position rights.

Results of the derby

The Rivers and Area Game and Fish held their tenth annual Northern Pike Classic held on March 11th. The association has moved to a pike only derby to ensure the survival of deep water perch and walleye that used to be caught in previous derbies.  It was a little colder this year with harder driving conditions on the lake.  That still didn’t keep 155 adults and 37 youth from participating.  Out of the 192 competitors 33 pike were measured.  This is the second year now where the association has made the prize money a little more attractive.  Over $3200 in prize money given away with top prize being $1000.  Wade Turner won the $1000 first place with a length of 83.2cm.  A special draw for pre-registered ticket holders consisted of a 4 hour Red River guided fishing trip. This prize was donated by Josh Haisell Outfitting which was won by Dreena Tegg.  Please have a look at his webpage by clicking on his name on this page and book your next cat fishing excursion.  Competitors also had a chance to win various donated gift certificates, massage packages, fishing kits.  Our local member and acting chef Richard English operated a mini canteen of hot dogs, burgers, and warm drinks.  This time of year always has its challenges.  Year before we struggled with above average temperatures which created flood waters on top of the ice, this year was colder temperatures and more snow leaving travel difficult.

Despite the scare of early ice melting conditions 162 adult and 28 youth (12 and under) gathered on Lake Wahtopanah March 12th.  There were a couple of changes the association made for this years derby.  There was the elimination of the $10,000 tagged pike cash prize and eliminated prize categories for walleye and perch.  Instead cash prizes totalling $3200 were awarded for the top 10 northern pike lengths.  70 pike were registered.

One thing the association loves doing is giving to the youth.  All youth participants received a goodie bag containing a fishing rod and reel combo, jig and tail, colouring book, and tape measure.